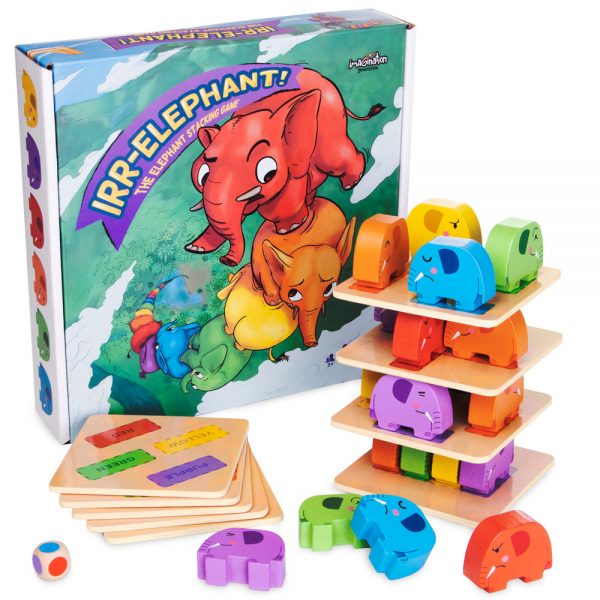 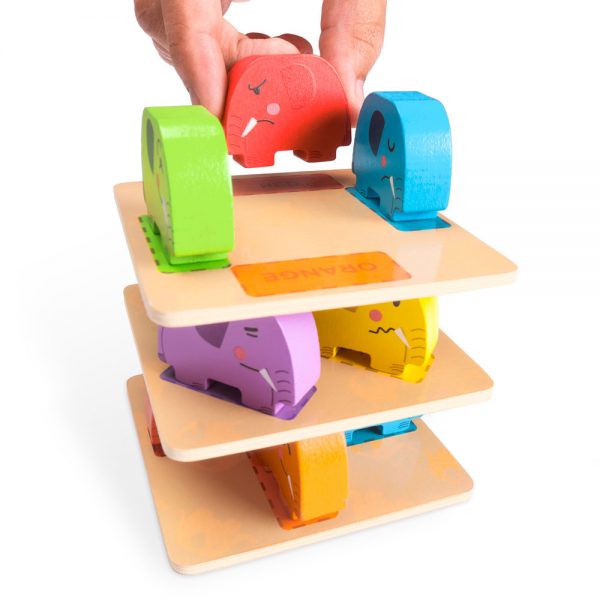 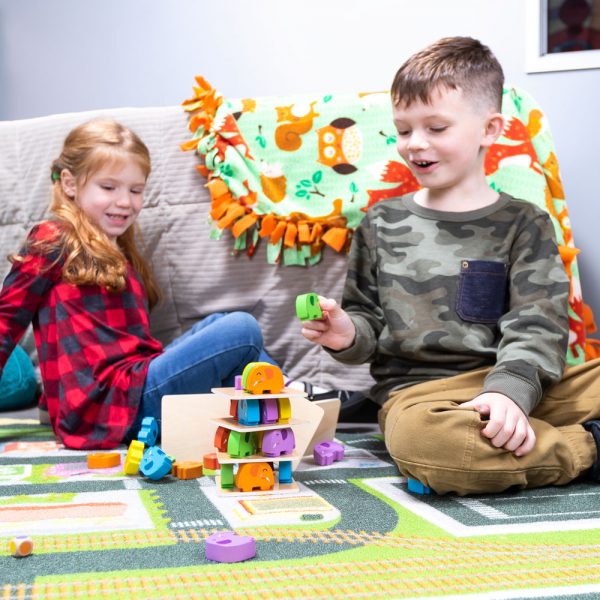 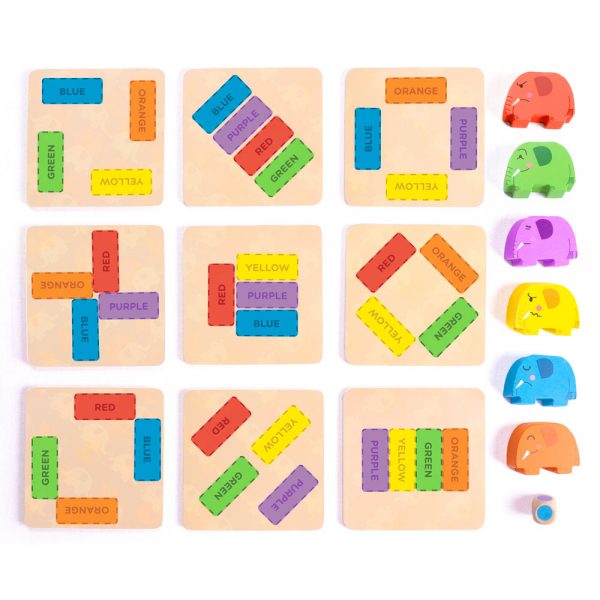 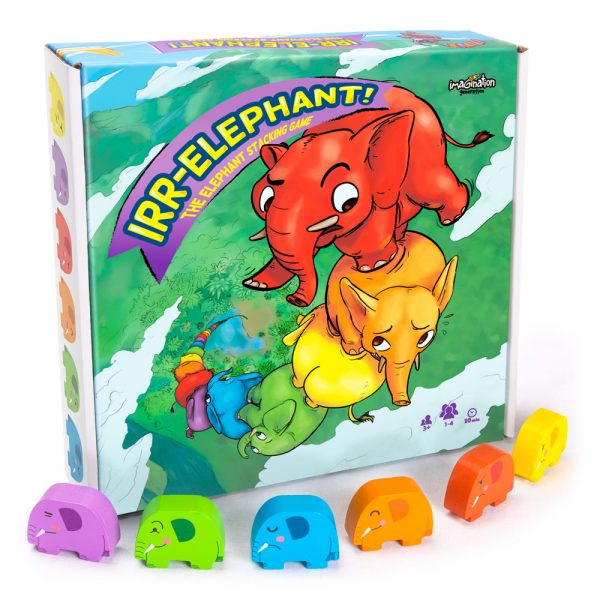 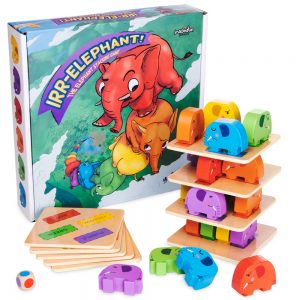 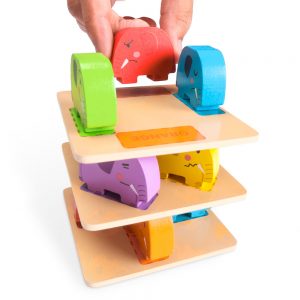 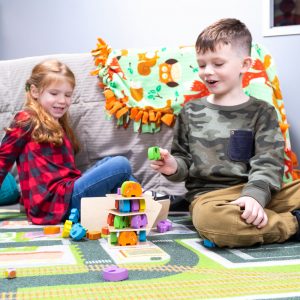 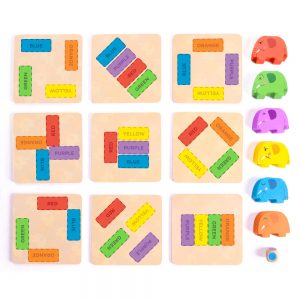 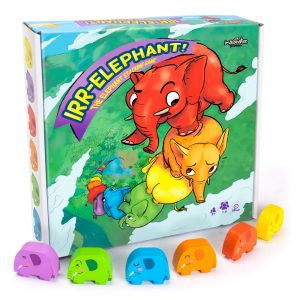 A TRUNK OF FUN!

It’s finally here: the premier elephant stacking game! But why are we stacking pachyderms? That’s Irr-elephant! First, stack up the elephants higher and higher on progressively more precarious perches. Then, once you’ve got your teetering tower, roll the dice, and remove an elephant whose color matches. But be careful, if the elephants come crashing down, you lose! You may have played stacking games with similar concepts, but nothing quite like Irr-elephant! has combined those concepts into two distinct phases. Setup doesn’t involve you having to already build up a tower, it’s built right into being a part of the game itself! The game is so incredibly easy to learn and can be explained in less than a minute, setup and cleanup is simple as well. No worries about having to get out a bunch of different components and having to clean up a big mess when you’re done playing. Simply stack the elephants by row back into the box and put the platform cards back into their deck, and Boom! Done.

Why You’ll Love It:

Cut from natural wood and finished with safe, water-based paint, Irr-elephant! is a fun dexterity challenge that supercharges fine motor skills and critical thinking capacity. Sure, it’s great for 2-4 players, but it’s even an exciting challenge for one!